While the waffles are cooking, melt sugar in a frying pan over high heat, then turn the heat down to medium-high (7) after it starts to melt. Sugar will brown. Once the sugar starts to melt, add the butter, peaches, vanilla extract, and cinnamon.

Cook the sugar/peaches mixture until peaches are firm and sauce thickens. This will usually be done cooking around the same time the waffles are done cooking.

Place waffles on a plate, spoon peach mixture over the waffles. Sprinkle with confectioners sugar and cinnamon. 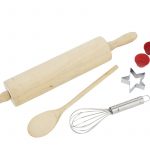 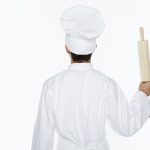